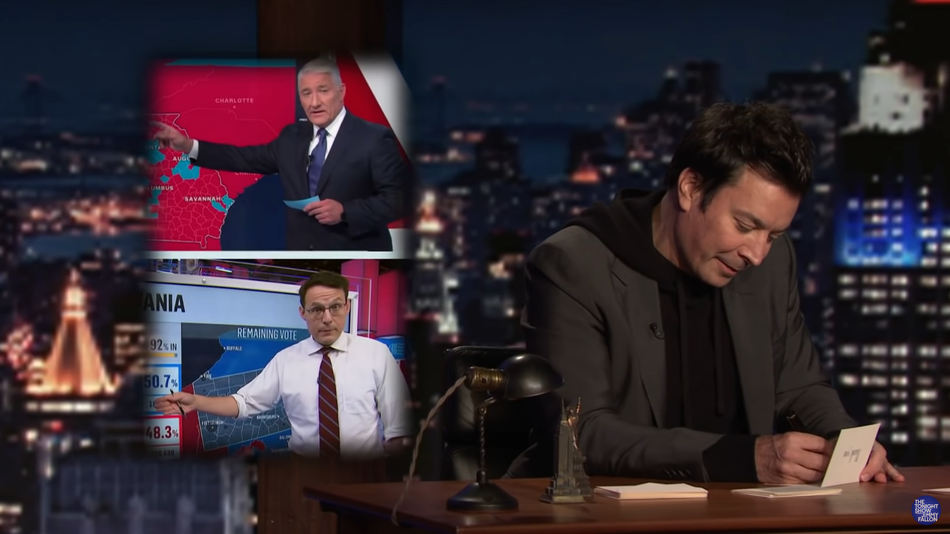 During a year where everything seemed to change, at least late night television remained constant. Throughout the past few months, hosts like Jimmy Fallon took to their basements and now-empty studios to bring us the topical comedy we need in these trying times.

In his latest segment of Thank You Notes, Fallon did just that. First, he thanked now-former Bachelorette Clare Crawley "for only being the second most-famous reality TV star to lose their job this week" — the first, of course, being Donald Trump.

Next, he shouted out MSNBC's Steve Kornacki and CNN's John King, two journalists that have worked tirelessly to bring viewers latest voter counts with their fancy digital maps. Fallon thanked them both "for being the McSteamy and McDreamy of touch screens," a pretty apt statement. Take a look to see who else Fallon thanks, including owls for always looking like they just saw Trump Jr.'s latest tweet.   Read more...