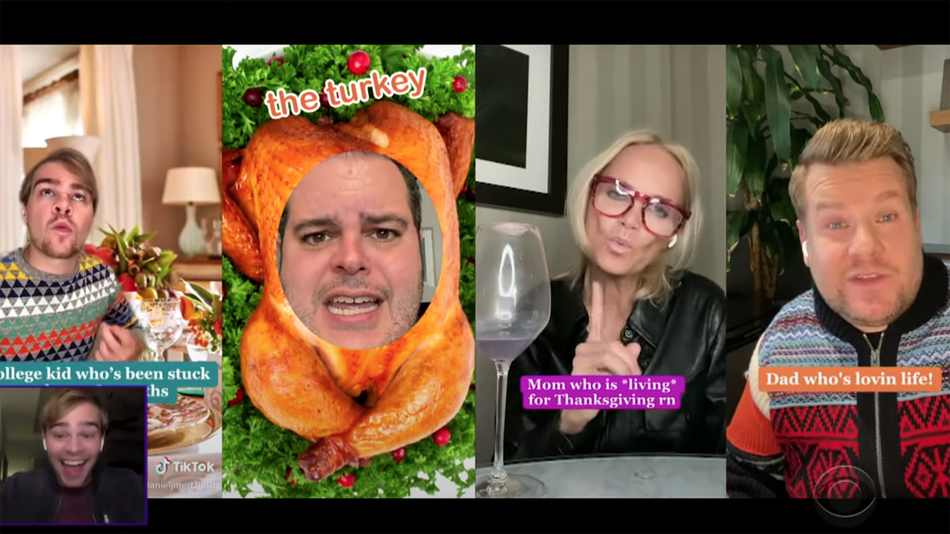 It's not every day your TikTok video attracts enough attention to inspire a miniature Thanksgiving-themed musical, packed full of Broadway stars and broadcast on late night television.

That's exactly what happened to creator Dan Mertzluft, though, after his musical TikTok antics caught the attention of James Corden and The Late Late Show.

The result? A brilliantly-performed broadway song that tells the story of a Thanksgiving dinner from seven different perspectives, all written by Mertzluft and layered on top of each other to create one glorious number.

What he didn't know, however, was that the likes of Patti LuPone, Kristin Chenoweth, Josh Gad, Josh Groban, and Audra McDonald would be the ones starring in it. Read more...