Trump finally emerged to speak at a hilariously tiny desk, and the internet had jokes 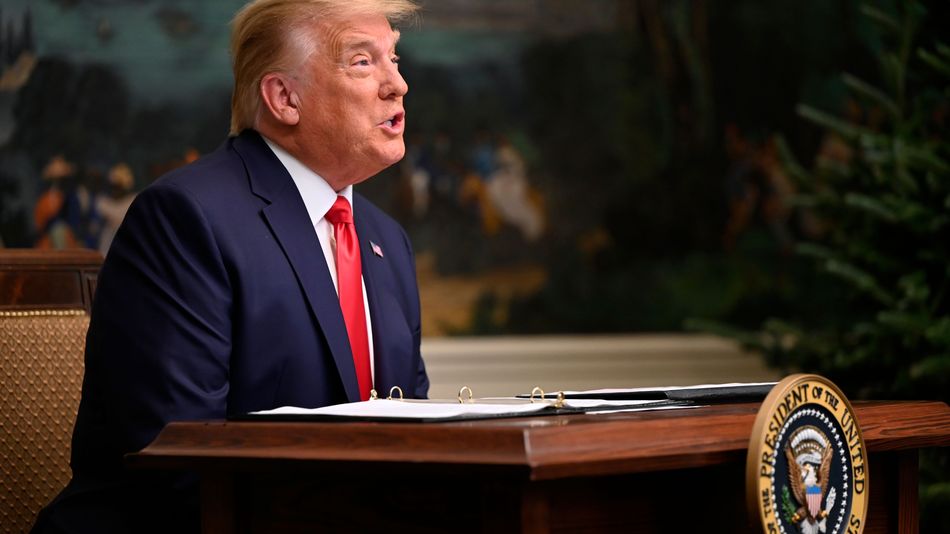 In the weeks since he lost the election, Trump has barely made any public appearances or statements outside of incessant all-caps tweeting, and hasn't fronted up to answer questions from reporters at all. Unless you're being extremely generous, you have to admit it looks a little bit as though he's sulking like a big giant baby.

So it's especially strange that when he finally emerged from his pillow fort in the Residence to do something other than golf, he chose to do it at what appeared to be a little baby desk for little babies.