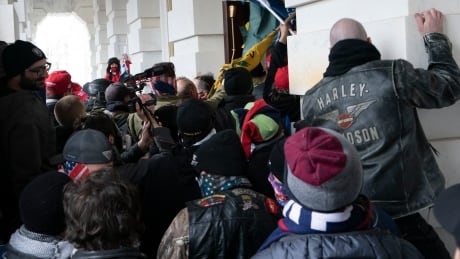 A U.S. State Department aide in former president Donald Trump's administration has been charged with participating in the deadly siege at the Capitol and assaulting officers who were trying to guard the building, court papers show. Trump and a sitting U.S. congressman, meanwhile, are among those cited in a riot-related lawsuit.

﻿
Read The Rest at CBC World- (opens a new tab)