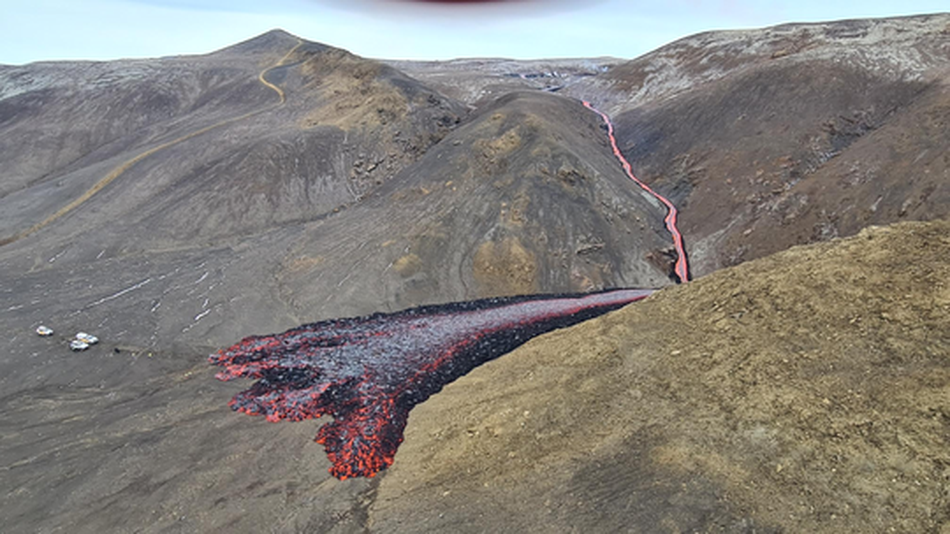 The lava is flowin'.

Molten rock likely from miles underground is flowing out of a newly opened fissure in the ground on Iceland's Reykjanes Peninsula. It's the latest activity in an already captivating volcanic episode: An eruption of gooey, fountaining lava started in the region on March 19, but on April 5 another large (around 200-meter-long), lava-spewing crack opened up nearby.

Volcanologist Evgenia Ilyinskaya, who is on-site at the eruption, received an emergency text Monday morning about the new rift. "I was driving away from my sampling site when I got this message," Ilyinskaya tweeted. "Before I saw the text I could see the eruption plume getting huge in my rear mirror. I wouldn't have been in danger but it was still enough to raise the heart rate!" Read more...