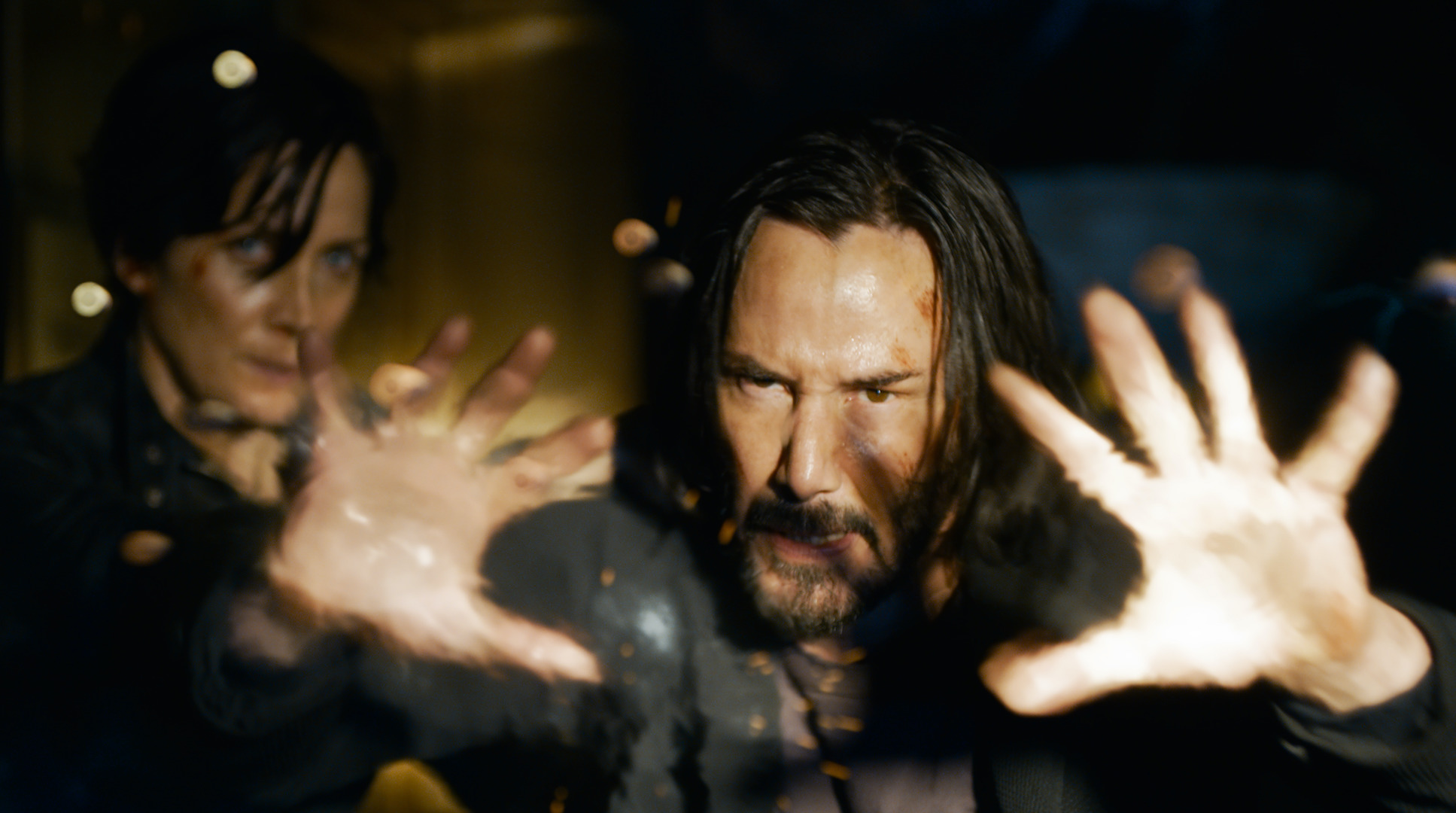 Don't come for me, but I've never seen The Matrix.

Well, technically I've seen a lot of it, but I was at a dinner party in my teen years and someone had it on with the sound criminally low and no closed captioning to speak of. So while I very much wanted to understand ~the zeitgeist, the real culprit here is whoever thought it was appropriate to introduce people to The Matrix in such a poor viewing environment.

As a resident of the social internet and its entertainment/pop culture corner, I've absorbed basic references over the years. I watched the "There is no spoon" clip to understand an inside joke. I've listened to "Clubbed to Death" about a thousand times because it slaps. And I'm certainly not averse to watching The Matrix, it's just a classic "I haven't got around to yet." As of this week, Mashable's own Alexis Nedd invited me over to eat salmon and watch this movie properly, and I intend to take her up on it as soon as she procures more salmon (tilapia also good).

But until then, I'm going to watch this new trailer and try to make some sense of it. Sorry in advance.

OK, so I know the basis of The Matrix is that our reality isn't reality, but here is Keanu in a fairly normal-looking therapist's office. (Keanu's name is...oh, they just said it. Thomas. I know Laurence Fishburne is Orpheus — Editor's note: LOL, nope — but didn't Keanu have another name? M...some...I'll come back to this.) I see we are resurrecting the Matrix itself, so was he living in our fake coded hellscape while waiting to return to the Matrix? No wait, it's the other way round, right? We live in the Matrix! OK shut up I'm moving on, congrats Neil Patrick Harris on this gig tho.

Best shot of the trailer obv: 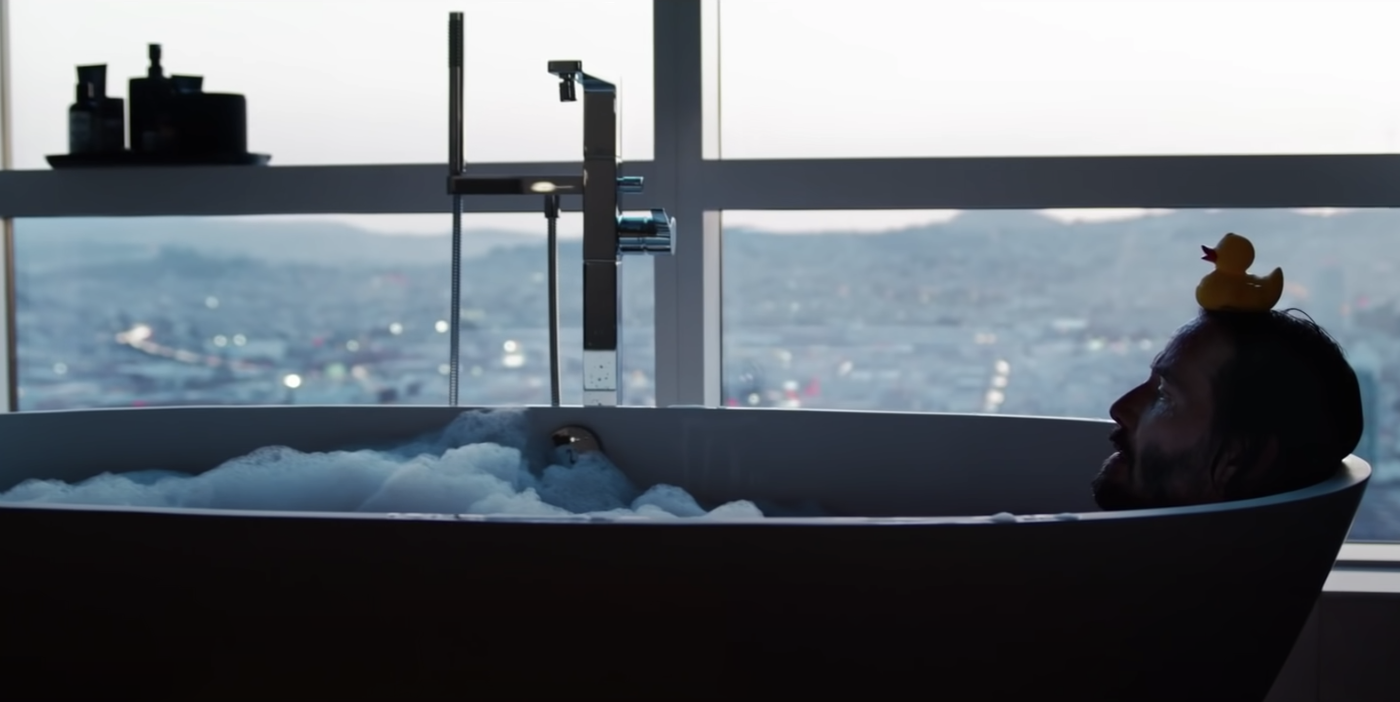 Rubber ducky, you're (on) the One.... (This caption was written by Proma's editor without her knowledge.) Credit: warner bros. / screenshot: mashable

It's subtle but I think Thomas is a bit sad

Carrie Ann Moss! "Have we met?" YEAH YOU HAVE don't ask me when where or how but I know you are both in The Matrix. Blue pill sighting! Not very confident what that means. One pill lets you live the lie and one dismantles it, so has Keanu been choosing our world all these years? Really? Are you quite sure, sir?

Perhaps it is I who is a bit sad

This right here this is social commentary:

Here's one for you to chew one: The first Matrix came out more than a decade before iPhones existed. Credit: warner bros. / screenshot: mashable

Oh, I knew Priyanka Chopra was in this but I forgot. I saw a tweet that she might be a grown-up character from the originals? I am more curious about these giant prescription-less glasses she's wearing, and the music suggesting she is Alice in Wonderland IRL. But I digre—

I knew he was in this but that does not make me any less excited to see him.

Red pill sighting! Still means nothing, but now the whole class is in attendance. Are the Alice in Wonderland parallels this strong in the original films? 'Cause this is a lot....

OK, you know this fight sequence with Yahya is reminding my dumb ass of Doctor Strange and I know this is wrong and believe me I do not like Doctor Strange or take any pleasure in admitting this similarity! Clearly Doctor Strange was inspired by the visual effects and fight visualization of The Matrix.

Related: I am transfixed by all these action sequences clipped in the trailer. I believe the bullet is significant but everything else just looks objectively awesome and I want to see more of it! Except for those weird bathing (charging??) pods, I remember being very grossed out by this back at the dinner party. Maybe context will help.

Jonathan Groff is here now, is this normal? We're letting this guy say "the Matrix"? The freaking name of the movie?

(lol I just rewatched it and forgot about Priyanka again)

The Matrix Resurrections hits theaters and HBO Max on Dec. 25.