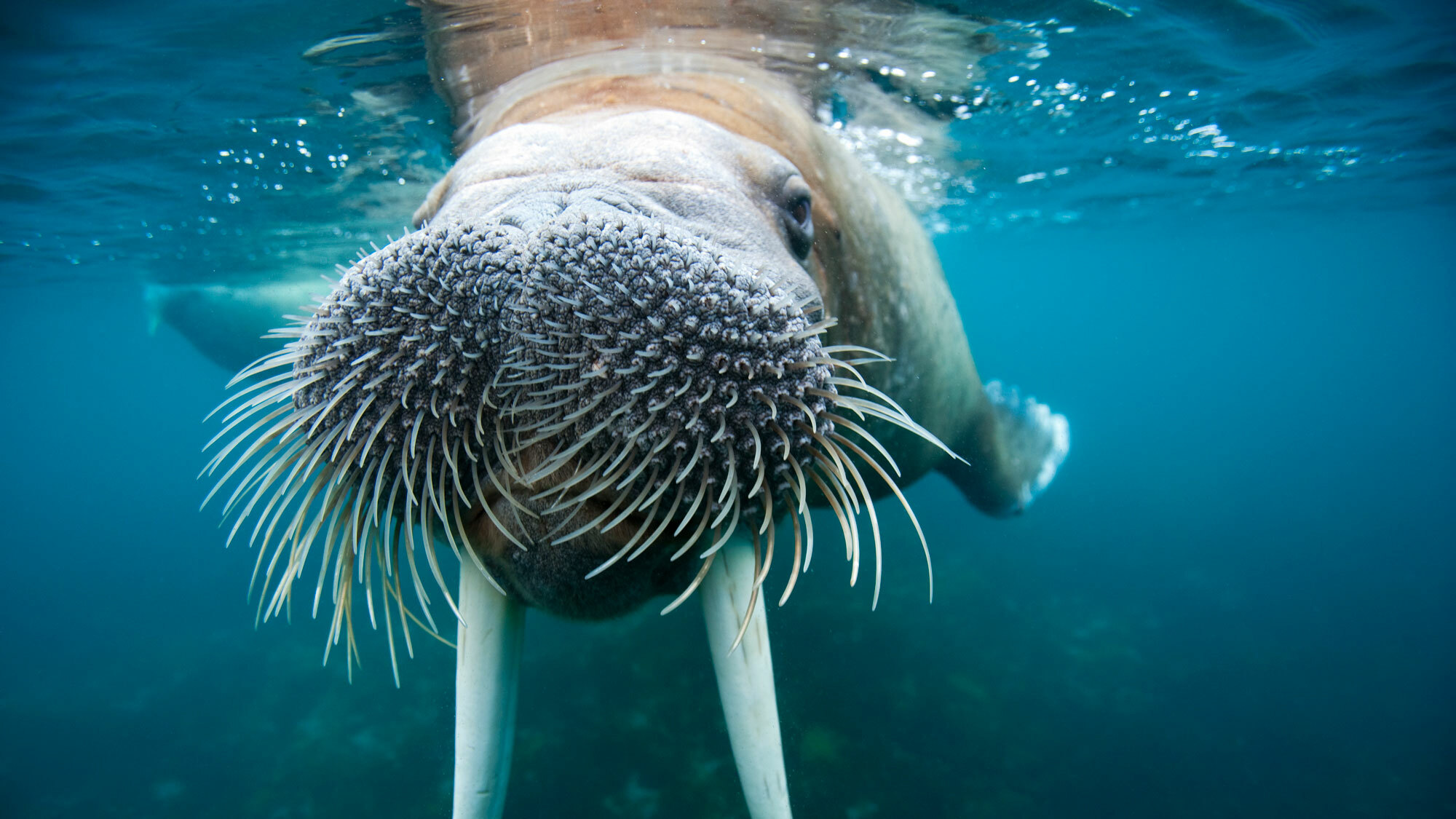 We love a good photo hunt, and we love it even more when such a hunt can actually be helpful for scientific research.

That's the premise of the "Walrus from Space" project. This partnership between the World Wildlife Fund (WWF) and British Antarctic Survey (BAS) turns to internet people like you and me for help spotting groups of walrus that pop up in satellite photos.

The project, revealed on Thursday, aims to take "a census of Atlantic walrus and walrus from the Laptev Sea" populations by having an army of citizen scientists pore over satellite imagery in search of the marine mammals. Spotting them in satellite imagery isn't the easiest task since most walrus aren't looking up and saying "cheese," but participating actually does serve a helpful purpose.

"Walrus are facing the reality of the climate crisis: their Arctic home is warming almost three times faster than the rest of the world and roughly 13% of summer sea ice is disappearing per decade," the WWF announcement reads.

"The data collected in this census of Atlantic and Laptev walrus will give scientists a clearer picture of how each population is doing—without disturbing the animals. The data will also help inform management decisions aimed at conservation efforts for the species."

Getting involved isn't difficult. First, you'll need to head over to the Walrus from Space project website and create an account. (Minimal personal info is required, mainly just an email and password.) Once that's done, you'll need to activate your account by signing in via email. That takes you to a training area where the website demonstrates how the very simple image viewing and editing tools work.

Each satellite image covers a square region measuring 200 meters (roughly 656 feet). Participants have the ability to zoom in several times as well as tweak the brightness, contrast, and sharpness of each image. There's a test after that where you're asked to spot any walrus (or lack thereof) in a series of 20 images.

It's a simple interface where you're just flagging each image by one of three criteria: "Walrus present" when you can see one or more of the marine mammals; "No walrus present" when there are none; and "Poor image" when it's just not possible to see, perhaps because of too much cloud cover or shade that even the image editing tools can't defeat.

There's also a help panel that you can call up at anytime for tips if you've having trouble differentiating walrus from other features of the environment. The panel also answers some basic question, including an explanation of just how helpful it is to have an army of citizen scientists helping with a project like this.

The first phase of the project involves whittling down the mountain of images — roughly 600,000 annually — to only include those where walrus appear. Once that's done, the project will move to "phrase 2," when the number of walrus in each image will actually get counted. It sounds like this will be an ongoing process, with the two phases overlapping as more images are collected each year.

This seems like the kind of internet activity that's great for kids and families especially. Poring over satellite imagery in search of walrus can be a fun game that, alongside the necessary context, could help expose younger minds to the importance of science and scientific investigation as a team effort.

Whether it's saving the walrus or anything else, humanity's ongoing battle to stem off the worst impacts of climate change is going to have to be a team effort.